Can you tell I'm having fun with these? The first one was to stall side-talk in my roleplaying group, but I enjoy focusing on characters, analysing them and thinking about where they could be used in other roles. One of the reasons I started my Ultimate Alliance project, and am less keen on games like Batman Miniatures Game than many, is I wanted to see characters from diverse franchises interact on the tabletop; where would Superman sit during a superhero Civil War? Would Nekron side with the Annihilation Wave, and would Thanos try to usurp him? Do Nick Fury and Amanda Waller have a detente going on, or are they constantly fighting a Secret War with LMDs and Suicide Squads?

The Dragon Ball franchise has hundreds of characters, with dozens of memorable villains, who, unlike many comics, tend to get killed off and rarely return. I don't really count Vegeta, Piccolo or Tien as 'recurring villains', because they joined the core cast pretty quick, so only really Frieza and the Red Ribbon forces have more than one outing as the antagonist[s], and even then, the Red Ribbon stuff can be pretty tenuous at times. I feel that many of the characters could do more with a little more time to develop, just look at Android 17 in Dragon Ball Super or the huge range of stuff in Dragon Ball Mulitiverse, even someone as two-dimensional as Captain Ginyu can get new life in a new writer's hands. This is part of the strength of the continual recurrence of villains in comics, even third-stringers like Shocker, Mad Hatter and Diablo can get a great run with the right team behind them. So here's my take on some Dragonball villains. 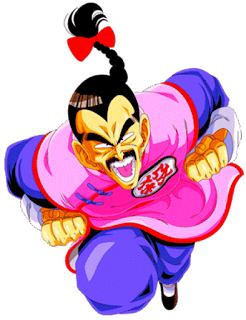 I'll admit that this one is something of a cop-out, as Mercenary Tao is in a lot of Dragon Ball and DBZ, but god he's so much fun. Clearly inspired by interchangeable villains from countless Shaw Brothers films, Tao is an assassin for hire who is willing to cheat to win and never met someone he couldn't kill until he came across a child called Goku. I absolutely love the combination of 'killing blow' martial arts and hand grenades, not to mention traveling by throwing a tree and jumping on it to ride. In a more Marvel/DC setting, a character like Tao would be great to not only menace other martial artists like Iron Fist, but would be right at home stalking Spider-Man and Batman, looking to make his name as a gun-for-hire in the Kraven mold. Plus later, he becomes a cyborg! What's not to love? 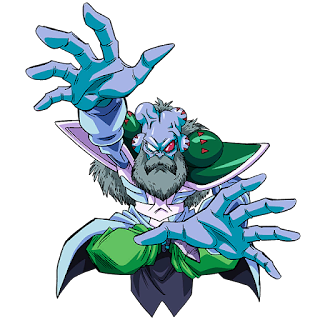 Don't at me DB fans, Lychee is an awesome concept even if Plan to Eradicate the Sayians is pretty lackluster. A combination technology and magic user, Lychee can summon the ghosts of deceased foes to battle, which plays like a clip show in the film, but in Dragon Ball Multiverse, he's easily one of the best re-imagined characters. Being driven by revenge, Lychee can make stupid mistakes despite his vast intelligence, and only has so much knowledge to hand, so is pretty unpredictable at the best of times. In a broader comic-style universe, Lychee seems like he'd be a mash-up of Baron Mordo and Nekron, bringing dead villains (or even heroes) back to life under his thrall in an attempt to defeat his foes, but tends to fail because he overreaches and summons someone like Onslaught, where it all goes to hell. If Jasco ever gets it's DBZ minis game together, Lychee is near the top of my list. 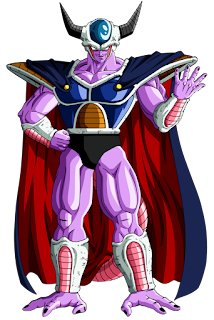 The DBZ fandom has long been obsessed with just how powerful King Cold may have actually been. The English dub implied that he was as powerful as cyborg Frieza, but visually, he seems to be in his first form, maybe second, so how much more powerful would he have been transformed? Now, it's clear from the writing of the Trunks Saga that King Cold was never intended to do much other than be killed out of hand to shock the audience, but the what ifs are always fun to think about. Whilst thinking that Cold is incredibly powerful makes a certain amount of sense, personally I lean towards the idea that each successive generation of the Cold clan gets more powerful. Where I think the Cold army would be most interesting would be as an evil empire for the heroes to fight. We know that the rank-and-file soldiers are pretty weak, many not even really being fighters, but as you move up the ranks, power increases and so does the danger. That's a pretty solid framework for a campaign, even for non DB-style characters like Green Lanterns or Guardians of the Galaxy. 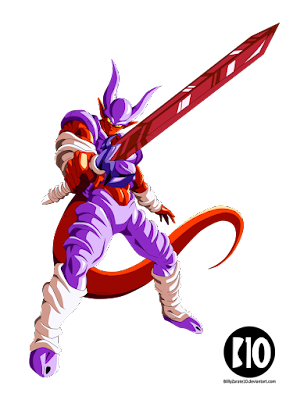 So this is what an Elder God looks like in the DBZ universe... I'll get to my big opinions about Rebirth of Fusion down the track, but for now, the rampaging fury of Janemba is just the kind of underworld denizen that a good superhero story needs. I can easily imagine Blackheart freeing Janemba to battle Ghost Rider, who needs to enlist Etrigan to learn how to entrap the monster once again. With a bevy of powers like teleportation, regeneration and summoning weapons from nowhere, Janemba doesn't have a deep personality, but the fight is interesting and he has a cool look. 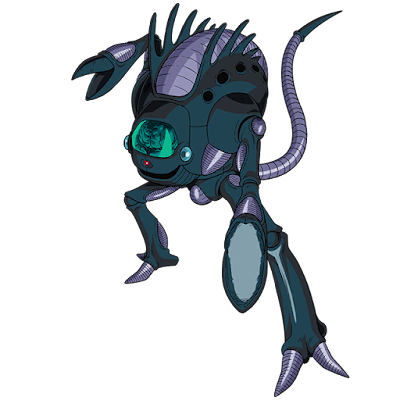 Big nerd confession, back when I wrote Dragon Ball fan fiction, the main, recurring villain was Doctor Wheelo; I saw The World's Strongest pretty early in the first wave of Dragon Ball Z to hit Australia, and it made an impression. The design of Wheelo's robot body, the brain-in-a-jar trope and the insane plan of transplanting his mind into Goku's body made for a compelling villain, plus his minions are genetically-engineered mutants with cyborg upgrades, what's not to love? Wheelo menaced my OCs for a while before returning one last time in an even newer robot body, forcing the lead Sayian to ascend to Super Sayian two and blah, blah, I didn't write much worthwhile in my teens and no you can't find it online anywhere. Anyway, mad scientist with a robot body who wants to steal the bodies of superheroes, sounds like a great antagonist, get on it Jasco.
Posted by Hat Guy at 3:35 PM