This one took a while longer than expected, though more to trying to finds suitable miniatures than getting the painting done. I'll admit that some of the historics are a bit daunting, especially the Napoleonic era, but trying out something else every now and then helps flex my skills a little. As a project, I'd love to do a bit more on this, but hunting for individual plastic miniatures can be a little tough. 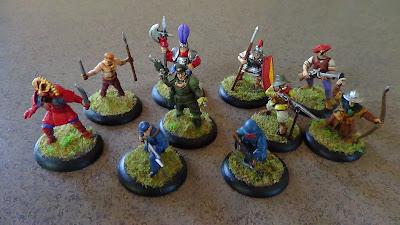 The second team of Anachronauts is ready for action! Suitable minions for Kang, Immortus, Chronus or even a Doctor Who "The War Games" scenario. 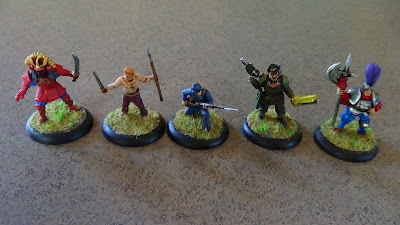 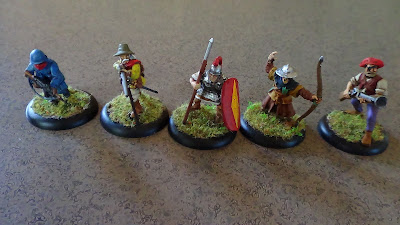 
With the Viper and the Guardsman, I was mostly using some old miniatures and kind of pushing the "Greatest Soldiers from Human History" element out a bit. After all, in Avengers Forever there are Sci-Fi Anachronauts, so why not an Imperial Guardsman from the year 40,000, or a Stormtrooper from a long time ago in a galaxy far, far away (see Squad 1). Eventually I'd like to so an 'elite' squad of Anachronauts, with characters like Beowulf, Guan Yu and Jack Churchill, but miniatures are, again, the sticking point. Maybe a cavalry unit? Maybe a T-34, Sopwith Camel or Bradley? Maybe I should just bite the bullet and start using metal miniatures? Only time will tell. (pun intended)
Posted by Hat Guy at 4:13 PM