This idea has been knocking around my head for a while now, but the new Duck Tales beat me to it with what are being referred to as the "Justice Ducks". However, as regular readers will know, I'm not one to do things by halves, and there is just so much opportunity and possibility now that Disney owns Marvel, assuming someone as mad as me were at the helm. So without further ado, let's get dangerous!

Why settle for one franchise when we can mash several together? When trouble strikes Duckburg, and even the adventurous billionaire Scrooge McDuck and his coterie of hangers-on aren't enough, the signal is sent out for the Duckvengers to quack-semble! This team of Earth's Mightiest Mallards are the last line of defense against the forces of evil.

The Duck Knight. The Quacking Crusader. The Masked Mallard-Hunter. All these and more are names few people call Darkwing Duck, defender of St Canard and part-time single father. Fulfilling the "Batman" role in the team, Darkwing Duck is a tactical genius and master planner by his own admission, having defeated many villains in his storied career. Though did you ever notice he doesn't fight anyone all that often? Weird. 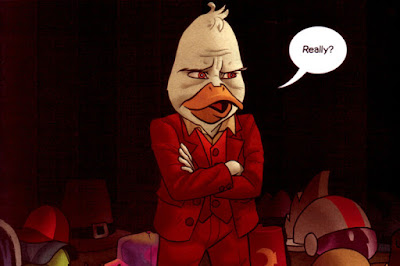 He's battled villains, aliens, even gods and has lived to tell the tale; he is none other than the dimension-hopping duck-at-leisure known as Howard. As well as a wealth of experience throughout the multiverse, Howard is a master of Quack-Fu and has a hotline to many other superheroes (though most have blocked his number). 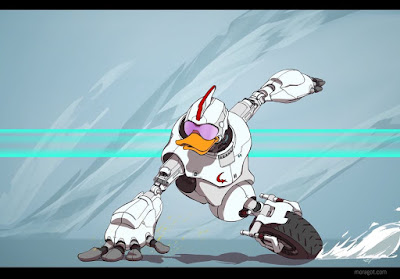 Is Gizmoduck more the Iron Man, Superman or Robocop of the team? These are the important questions that keep me up at night. Definitely one of the heavy-hitters of the Duckvengers, Gizmoduck puts many of the other heroes to shame with his power, especially Darkwing Duck. Good thing they put their differences aside and didn't have to fight each other in some asinine "Dawn of Justice Ducks". 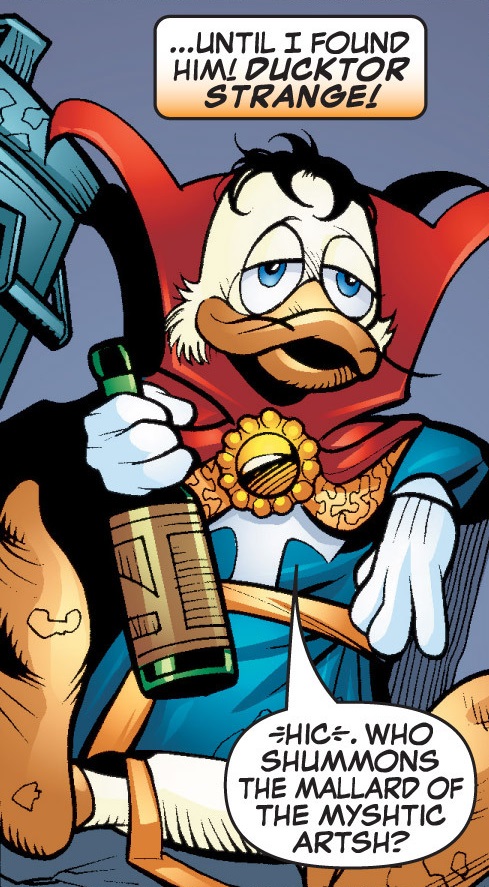 Yo dawg, I heard you like deep cuts, so I cut this one so deep the cops are on my tail! Ducktor Strange, Mallard of the Mystic Arts is the Sorcerer Supreme of his dimension, and a drunk. Thankfully, he's easy to find, just rummage through the pile of rubbish outside the nearest bar and you're sure to find him. Despite his alcoholism, Ducktor Strange is a powerful wizard and valued member of the team, when they can point him in the right direction. 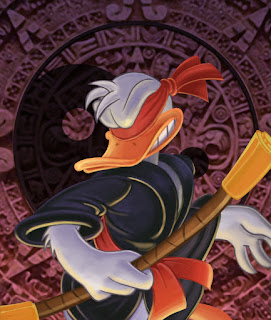 Oh, you thought I just did Marvel deep cuts? Well buckle-up sailor, because here comes Muai Mallard, aka Cold Shadow, who may be Donald Duck? Or maybe Donald just plays him, like as an actor? Is Donald an actor? I thought he was a sailor? Anyway, Maui Mallard trained at a secret ninja academy to become Cold Shadow, heroic ninja warrior and righter of wrongs. Every good team needs a ninja and Cold Shadow fits the Duck's bill.
Posted by Hat Guy at 4:28 PM