As regular readers of this blog will know, I have something of a love of Skrulls. I keep having to tell myself that I'm not building a Skrull army, I just happen to be collecting, painting and organising them into squads for no particular reason. Along those lines, here are some Heroclix I've repainted. 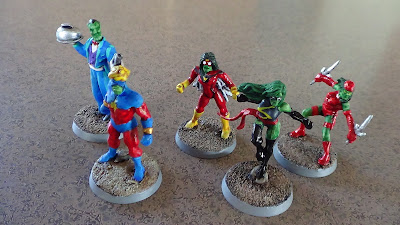 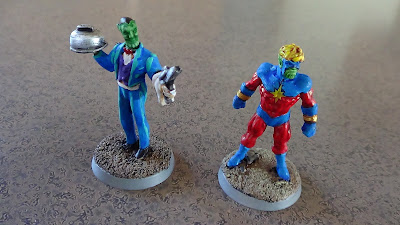 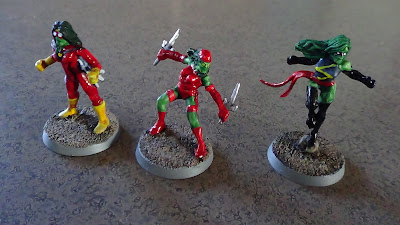 
Given that Skrull clix are really cheap and there are so many permutations, I've also been working on some head-swaps to have more Skrull heroes and infiltrators. A Skrulltastic Four are planned as well as some Secret Invasion Super Skrulls. I can stop any time I want, really.

Email ThisBlogThis!Share to TwitterShare to FacebookShare to Pinterest
Labels: Marvel, Painting and Modelling