Kill Team Aesir were dropped into a wasted industrial landscape (still being built and painted by me) when reports came in that Dark Elf forces, possibly under orders from Malekith, a top target for the Deathwatch. Deathwatch Veterans Thor, Volstaag, Fandral and Hogun were dispatched under the leadership of Veteran Sergeant Heimdall. 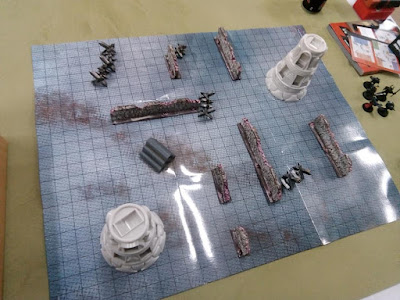 One day, I will Wargame in a well-lit venue. 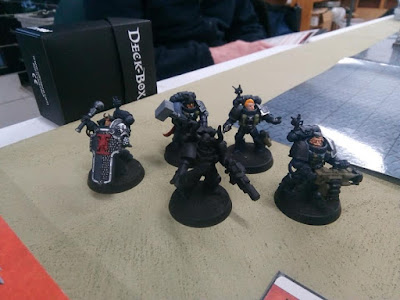 Kill Team Aesir is due for some paint as soon as I finish up some more Bush Wars gear. 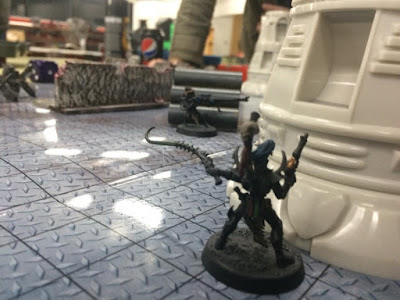 Sinister Dark Elves move out to further their sinister goals. 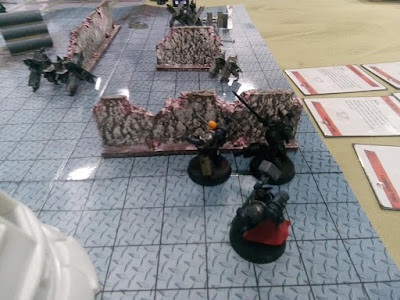 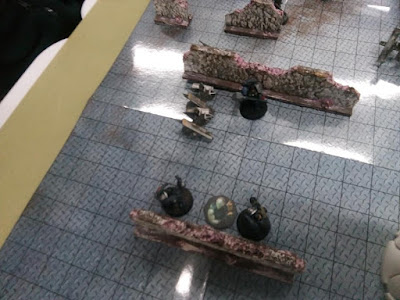 The Deathwatch take up guard around the objective. 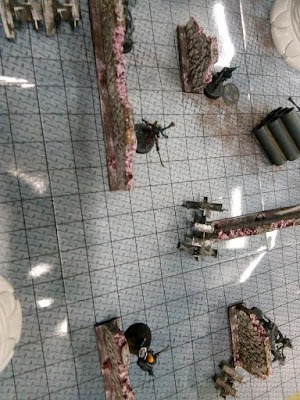 The Dark Elf leader and Fandral square off for the cataclysmic duel of the match. Fandral won, but I'd lost the game two turns previously by being indecisive. 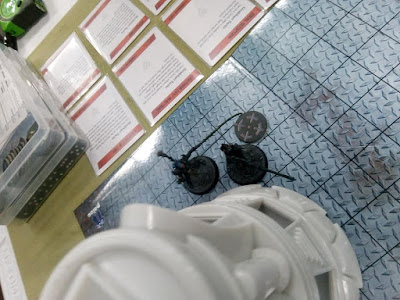 The Dark Elf Dark Lance is a nasty weapon, capable of downing a Space Marine in one shot. 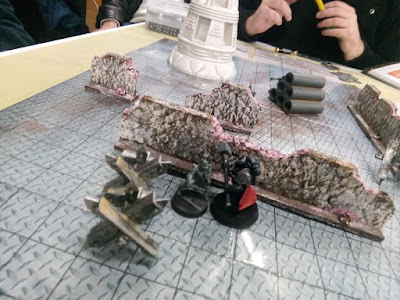 A Witch Elf, hopped up on combat drugs, drags down the God of Thunder in single combat.


Still enjoying Kill Team, even hopping into a campaign at Axes and Ales soon, but man, is there a learning curve with so many factions and abilities. On technicalities, I won this game, but, in reality, my opponent had me on the ropes the entire game. The Dark Eldar get stronger as turns go by, so you really need to push early to keep them at bay.

Yes, I will get painting the Deathwatch soon, I promise.
Posted by Hat Guy at 4:09 PM