I don't care what these games are called in other markets, I'm just going to refer to this one as Tools of Destruction instead of Ratchet & Clank Future: Tools of Destruction, god, what a mouthful. I don't actually hate this game as much as the YouTube Ratchet & Clank fandom seems to, though I do think some of the big complaints are legitimate. In moving to the PS3, the series has a bigger budget and flashier graphics to work with, but loses some of the quirkiness and outsider status that helped define the previous games. Our story opens with Ratchet and Clank working on a hoverbike when Metropolis is attacked by alien invaders and the player gets to run through the city, acquainting themselves with the newer controls and enjoying the improved visuals. The new villain, Emperor Tachyon, is introduced, along with his Drophyd minions, and our heroes are whisked off to a new galaxy for their next adventure. Having a new galaxy to explore feels like Going Commando again, but there is some disappointment to be had. 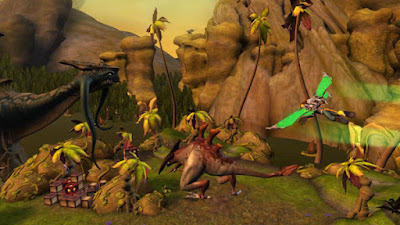 A new galaxy, a new villain and new enemies are great expansions to the series, making the universe feel a lot bigger. There are new characters to meet, like the Smuggler, Talwyn Apogee and the warbots, Cronk and Zephyr. Captain Quark is also along for the ride, because we couldn't have left him behind apparently, though I really wish Tools of Destruction took the chance on trying the series without him. Not that any of the new characters seem to have much personality, I do enjoy Cronk and Zehyr's banter, but Talwyn is just kind of bland and I don't understand the fanbase's dedication to her. Tools of Destruction has some gorgeous environments to explore, including a couple of simply huge planets, which is good, because you'll be spending a lot of time running around if you want to earn all the Skill Points. This game introduces some great weapons like the Groovitron, which makes enemies dance with hypnotic disco music, and Mr Zurkon, a robot helper with a vicious sense of humor. You can also look forward to several utterly useless weapons, like the Tornado Launcher, which will take forever to level up to a point where they're worthwhile. 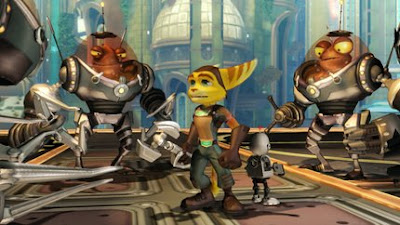 The crux of the narrative of Tools of Destruction revolves around Ratchet's origins and the mystery of the Lombax. This makes for interesting world-building, but the origins and destiny of both Ratchet and Clank are the major focus of the Future games, and it gets a bit tiresome after a while. It really feels like big changes are afoot in Tools of Destruction, but so few of them carry on into later games that the game becomes something of an island between the PS2 trilogy and A Crack in Time, a game that is not representative of the series, but is fun in it's own right. In retrospect, moving to the PS3 was probably not good for the Ratchet & Clank series, the graphics take over from the writing and the gameplay, attempts to integrate new technology like the "Sixaxis" controller make it harder to play and a lot of the fun elements of previous games now become major plot-points. Thing is, Tools of Destruction is still a fun game, I really like playing it, even if it feels like a let-down after Up Your Arsenal. If you have a Playstation and can get access to this game, give it a go and judge for yourself, opinion is divided on it for a reason.