Superhero Media: The Legend of Tarzan (2016)

I try not to attack the Hollywood System and the inherit problems it has too much here, even though it is a major issue when it comes to the production of film on a global scale. Hollywood does manage to turn out a great number of high-quality films despite the studio monopoly and corporate oversights that foster money making over creativity. However, sometimes I come across a film that could have been so much more than the studio has permitted it to be, the most recent example being The Legend of Tarzan. I've read a few of the Tarzan books and found them fairly entertaining despite the racism and colonial mindset, there is a genuine charm to the writing and characters that supersedes the uncomfortable tone and implications of the inherit superiority of the white noble savage. The Legend of Tarzan references every single Tarzan book I've read so far, as well as several Buster Crabbe films and a heaping helping of The Phantom and Black Panther. Someone put a great deal of care and attention into the crafting of this film, only to have it buried in a morass of Hollywood bullshit. 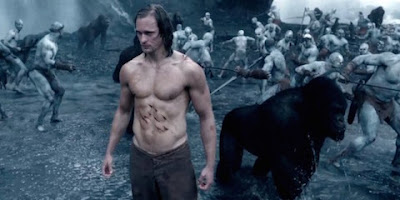 The film begins with Dutch colonial forces colonising the Congo and Lord Greystoke is called back to Africa to stop the exploitation of the natives. Much of the narrative takes the form of a chase, with Tarzan and Nick Fury trying to catch up with Christoph Waltz's overacting because he's kidnapped Jane, who just kind of escapes on her own, which is nice, but undercuts the tension of the film. Tarzan must make contact with the Apes and Native tribes of his youth and band them together to fight the Colonial invaders, who have been taking slaves, apparently illegally? To prevent Waltz from bringing in the Dutch Marines with the Jewels of Opar as payment, Tarzan must unite the tribes of the Congo to fight, which takes most of the second act, but never actually pays off. Even the trailers of this film made a big deal about the "Army of Africa" and the idea of "Tarzan vs Colonialism", but the big fight doesn't involve too much more than Tarzan and a handful of animals. The bits that are done are clever, like stampeding wildebeest through the army camp and filling the river harbor with crocodiles to prevent a brown water landing, but it's not enough. 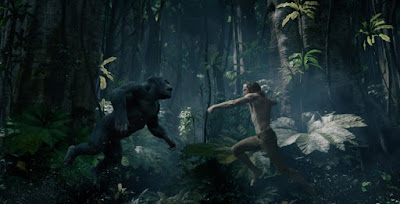 Despite having got his Ape family and two native tribes with cool designs on side before attacking the Colonial outpost, most of the fighting is done by Tarzan himself, with only a few natives freeing the slaves during the attack montage. Budget was probably a major concern, but screw that, the concept of native African forces repelling colonial invaders is such a good idea that it really should have been the focus of the film. Imagine mobs of apes charging Maxim guns, natives ambushing from cover, lions pouncing on cavalry and Tarzan, in the middle of it all, swinging in to lend a hand wherever he is needed most; that alone could have made this film a success. Instead, what we're left seeing is a pedestrian attempt to cash-in on a recognisable name with the bare minimum of effort to get a film into cinemas for summer. I really hope someone takes another swing at this kind of Tarzan story at some point, it's just too good an idea to let go to waste like this.