I've been making an effort to get all of my SS4 teams done so that I can play some games a bit more often and build the story of my setting. Of course, nothing is ever this simple and I'm finding that the team stats I thought I'd done have either disappeared or been done pretty badly, so I'm having to do them again or fix them. This is, of course, a little frustrating, but so long as I'm getting more teams done, staying motivated is pretty easy. 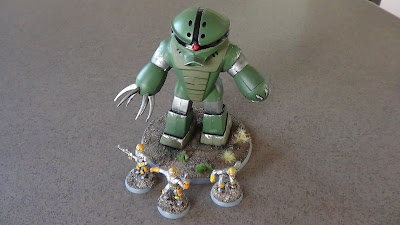 The Intergalactic Planetary Beastie Busters
Formed in the 1980s, at the height of the first Hero boom, by an enigmatic and disgraced scientist, the Beastie Busters were intended to combat the shockingly-frequent alien invasions of Brooklyn at the time. The scientist (Doctor George Clinton) was looking for a trio of teenagers with attitude when he stumbled across Michael "Mike D" Diamond, Adam "MCA" Yauch and Adam "Ad-Rock" Horovitz opening for Bad Brains and CBGBs and knew he had the right guys. Shouting their battle-cry of "Intergalactic! Planetary!" whilst striking a pose, the Beastie Busters soon became famous for defending Brooklyn, even if they had to forego sleep to do so; even the local government soon issued them with official permission to Intervene Legally at Leisure, or a "License to ILL". When the initial hero boom faded, and with it, the regular alien attacks the Beastie Busters returned to their day-jobs of being an influential Hip-Hop trio, only occasionally returning to the field of battle during some kind of crisis or team-up.

Outfitted with high-tech battle suits, the Beastie Buster are practically impervious to small arms fire and the special uplink in their helmets delivers real-time intelligence and updates to keep the team ahead. Each member of the team (code-named Sugar, Coffee and Cream when in costume) wields a Laser Blaster, also designed by George Clinton, a reflector shield to repel attacks and a "Restorative Funk Blaster" to heal injuries on the run. When all else fails and the attacking alien has, somehow, become giant, again, the Beastie Busters can come together and summon the Sentient Automaton Buster Of Terrible Alien Genetic Evil, aka, the SABOTAGE, a giant robot that often elicits calls of "Oh my!", "It's a mirage!" and "I'm tellin' y'all, it's the SABOTAGE!". With it's crushing fists and raking claws, the SABOTAGE makes quick work of any alien invaders.

In the 21st century, the older, semi-retired Beastie Busters still see action on occasion, as they maintain a working relationship with both the Equalisers and European Union Super Soldiers and are seen as the experts on any extraterrestrial threat. 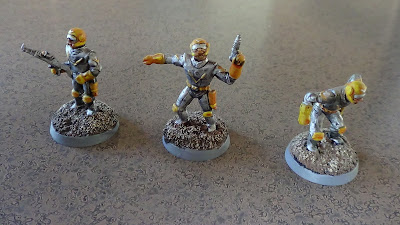 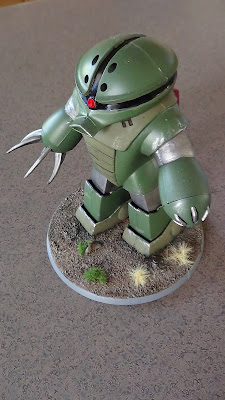