I actually thought of this idea years ago, before I started this blog and before I even thought of "The Pitch" articles. On school holidays, I used to sit up with my father and watch the Wednesday night "Cult Movie" on SBS, here in Australia; which introduced me to Wuxia, Samurai, J-Horror and, of course, Kaiju. I gravitated more towards Gamera than Godzilla, mostly because Gamera is truly a hero, fighting for humanity, rather than just happening to be the "least worst option" that Godzilla is. I think coming across Gamera: Guardian of the Universe and Gamera 2: Attack of the Legion first was probably a contributing factor, as they're easily some of the best Kaiju films ever made. I think, without the language barrier, Kaiju films have the potential to make a real impact in the West, but the translation of themes across the Atlantic never really seems to be great, and the films feel half-formed. Yes, this is probably my most fan-ficcy idea, that I've been sitting on for years, strap yourself in for minutiae and obsession with obscure references. 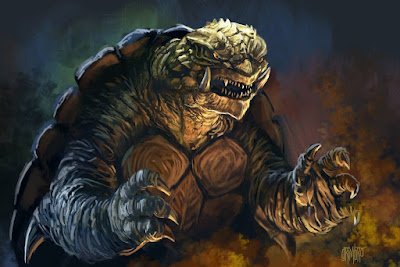 When all hope is lost... When your children cry out in terror... He will return.

Gamera: Defender of the Earth
When Earth is attacked by insect-like alien invaders, the governments of the world find themselves powerless, turning on each other in their panic. Just as the president of the USA is about to launch nuclear weapons in an attempt to "sterilize" infested cities, reports start coming in of something fighting off the aliens, something huge, yet unseen, flying through the sky and hurling balls of fire. A diplomatic mission from the Japanese arrives in the ruins of San Fransisco with a message; Gamera has returned.

Plot
Act One, aliens invade, massive destruction across the globe and plenty of buildings falling over. There is a decent look at the smaller aliens (for the Gamera fans, they're The Legion, the last lot Gamera fought were only the scout party) and military hardware, plus we are introduced to most of the major characters. There are hints at Gamera, but no good shots of his entirety.
Act Two, Gamera is revealed, he fights the Legion whilst our protagonist is brought into the narrative, with people trying to convince them to help out, even though it may cost their life. During a battle with a big Legion monster, Gamera is mortally wounded and/or killed, creating tension for the next act and to introduce mana as a concept.
Act Three, our protagonist accepts their connection with Gamera and the Worlds' governments agree to fight alongside a giant turtle. Mana helps get Gamera back on his flippers and we're off to the big fight. Assuming the emotional weight has worked in the previous two acts, this part of the film is an extended battle sequence, with jets, explosions, Kaiju fights and stirring musical cues.
Epilogue, Gamera departs, our protagonist is revealed to be hurt but ok and we tease the sequel. I'm thinking Gyos or Virus. 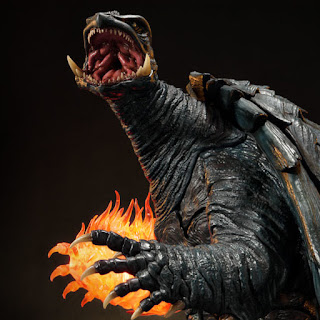 Tone
Godzilla (2014) and Kong - Skull Island are the framework here. The characters and setting already "work", they just need to be presented in a manner in which a "Western" audience can accept them. There is nothing more ridiculous in mana, Atlantis and a fire-breathing turtle than in Guardians of the Galaxy, it's not an impossible sell. Whilst the situations in this film are utterly silly, the characters within the film will take it utterly seriously, because, to them, it's actually happening.

There are only two major roles that really need to be filled properly, but, luckily, one of them is done already; Ayako Fujitani as Asagi Kusanagi. 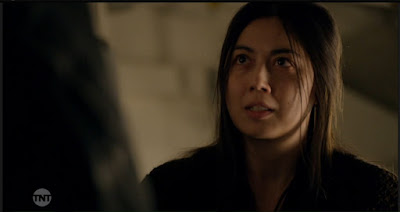 Sometimes, things just work out. Kusanagi was the only non-Gamera character to appear in all of the 1990s Gamera films, becoming an expert on Gamera who is called upon during monster attacks to help. Having a character "legacy" like Kusanagi would tie Gamera to the previous Gamera films without relying too much on continuity or prior knowledge for the audience. Best of all, Fujitani has become a know actor in the West, appearing on The Last Ship, a popular cult series. In this film, Kusanagi's role is to provide exposition on Gamera and to train our protagonist. In an ideal world, she would be our protagonist, but having a 40 year old non-white woman lead a major action film is somehow still verboten in the 2020s.

Our protagonist needs to be an actor of Japanese descent that can speak English like an American, which is a combination I figured would be easy, what with the largest American population of Japanese extraction living in California. My gods, I had to dig for this one. Turns out she's Australian born, go figure. For our, as yet unnamed, protagonist, I'd pick Shioli Kutsuna; 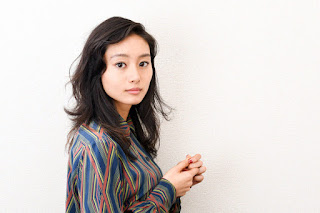 You may know Kutsuna as Yukio/Surge from Deadpool 2, but she's been acting in Japan for years and speaks fluent English. In this film, her role will be that of a relative of Asagi Kusanagi, who has inherited the empathic link with Gamera and is needed to work with him in battle. Kind of like piloting a Jager in Pacific Rim, but with a whiff of magic and use of the Iron Ingots from Gamera - Defender of the Universe, Kutsuna must share the pain and triumph with Gamera to help humanise the giant turtle.

It's something that doesn't make it across to Western Kaiju films, but playing the monster is a big deal in Japan and the actors that have done it are famous in their own right. Of course, in the Western films, there is no rubber suit, just CGI. I get that many find the suits silly, and they've never looked convincing, but they're a part of the genre and always feel "missing" when not present. My solution is so simple that I can't believe I'm the only one to have thought of it; motion-capture the rubber suit. Seriously, build a suit, put an actor in it and then layer CGI over it for a better look than either the suit or CGI can achieve alone. Who do you put in the suit? Why, Doug Jones of course; 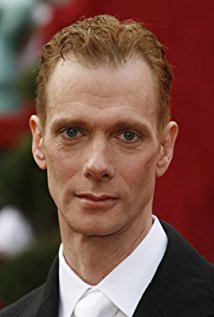 Do I even need to justify this one? Who would be more suited to making the movements of a 80-meter turtle engaging enough to carry a 2-hour film? His Silver Surfer was one of the better parts of a profoundly disappointing film.

Crew
This really needs to be a co-production. I know that several attempts to have a Hollywood studio adapt Gamera have failed, so get Toho to run a fair chunk of the production, but bring in an effects team and name director from a big Studio. In terms of director, I have a few ideas, but because I like to to highlight more than the obvious Hollywood "nerd" favourites, I'm backing Ang Lee for this one. 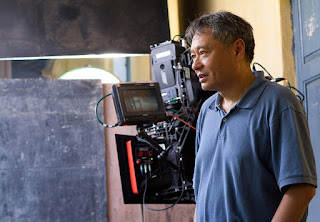 Essentially no one other than myself and my father have ever said anything overly positive about Lee's Hulk, but do you know what Lee does brilliantly in that and many other films? Make the audience care about the surreal and absurd. Hulk has a much stronger emotional through-line than The Incredible Hulk, and Lee's adaptation of The Life of Pi managed to keep the ethereal tone of the novel without alienating audiences. Lee came up through Wuxia films, so I trust him to direct a decent action feature with a strong emotional core woven through.

Other Stuff
Despite the fact I doubt Gamera would be a big enough hit to build into a series, the current Hollywood model insists on trying to build a "cinematic universe" with anything faintly nerdy. For this series, which is kind of following on from the 1990s films, Gyos and Iris could work, but a reworking of one of the classic enemies would probably be better and just make a bit more sense. From what I can tell, Legendary Pictures has the Hollywood option on Gamera at the moment, so a having him appear in the WB Godzilla franchise isn't out of the realm of possibility. As I said in the very first "The Pitch" these are never about what I think a film or franchise should look like, merely how I believe it could go together. Hope you enjoyed this one. 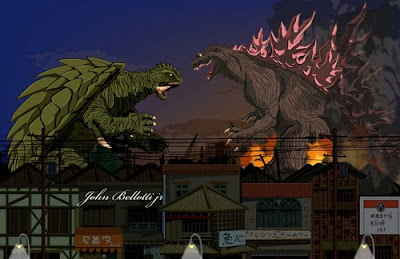