Needed some MCU Dark Elves for my SS4RPG campaign but I didn't like the Heroclix offerings. With a bit of scrounging, I came up with some 3rd Ed 40K Dark Eldar and went about making them less terrible. I now have a decent "force" for SS4 or maybe some smaller Sci-Fi games. 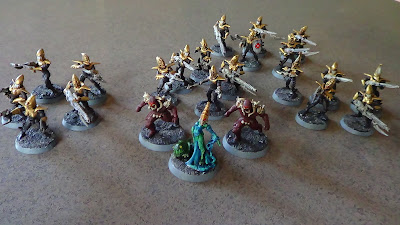 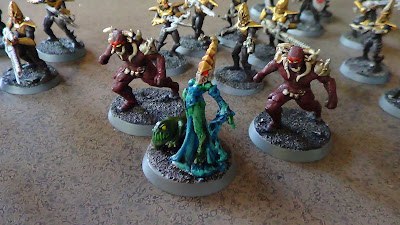 The Dark Elf Sorcerer is flanked by two Kursed. The Sorcerer is converted Reaper Bones with a spare GW Squig as her familiar, Kursed are Heroclix. 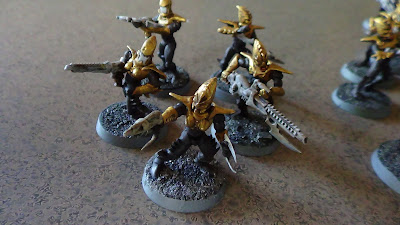 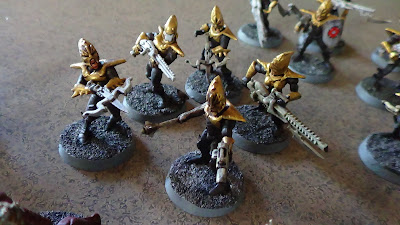 In the tradition of all great (and not so great) Science Fantasy, NCOs are armed with melee weapons. 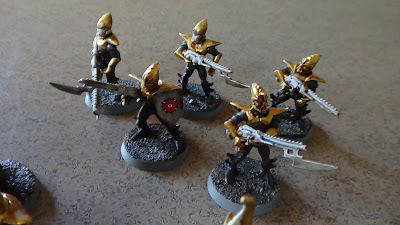 The new heads look a lot better than the ones in the kit, mostly GW Dark Elves and Eldar. 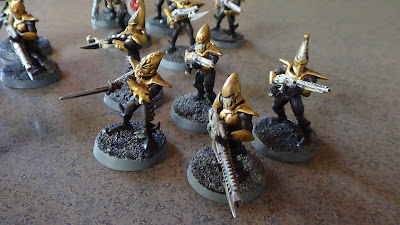 Far from my best work, but good enough to have hordes of minions for the heroes to defeat.
Posted by Hat Guy at 1:30 AM